In 2016 LMC De Waal became Young Business School Rotterdam. We designed the new visual identity and did the complete branding: from business cards to examination papers.

The icon has many layers. It stands for a waving flag, like that on a moving ship. It’s dynamic, it catches the wind, is very much of this world and has a signal function. By making it bi-colored a horizon appears. Above the horizon you can see a harbour/city skyline, beneath the horizon you see waves. Like you’re sailing to the (new) shore. It fits a school that is deeply rooted in Rotterdam and located near the water and also has a strong outward view. YBSR embraced the logo and mission became statement.

For the new identity we designed a bespoke typeface: The AT Columbus.
It’s a very bold typeface that visualizes the no-nonsense worker mentality of Rotterdam (Harbour) and takes a bit of inspiration of the naval typography of containers and ships, but also of early 20th century school buildings.

It’s firm and pretty straightforward, but by adding round shaped characters, the alphabet becomes more friendly and versatile. 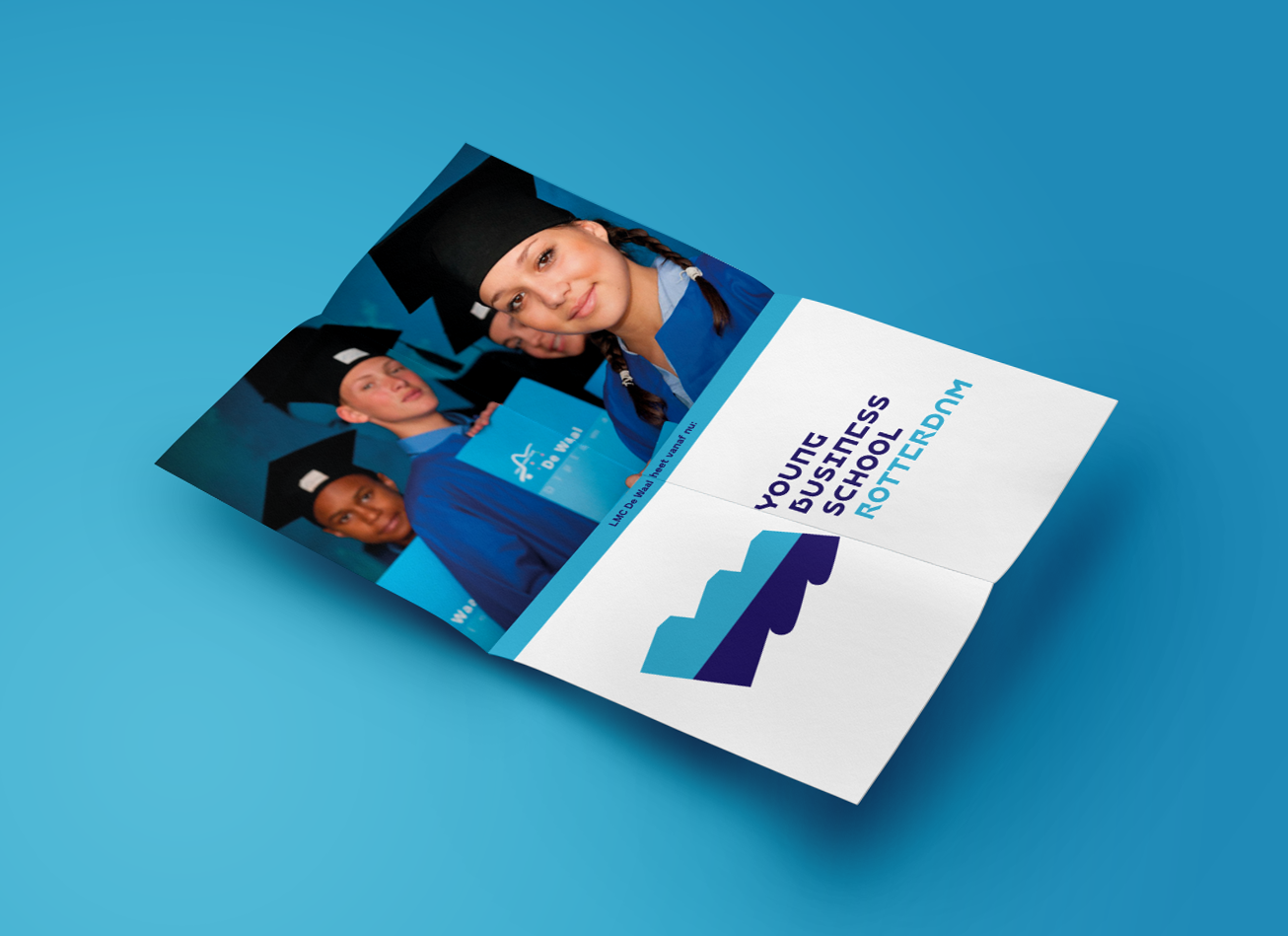 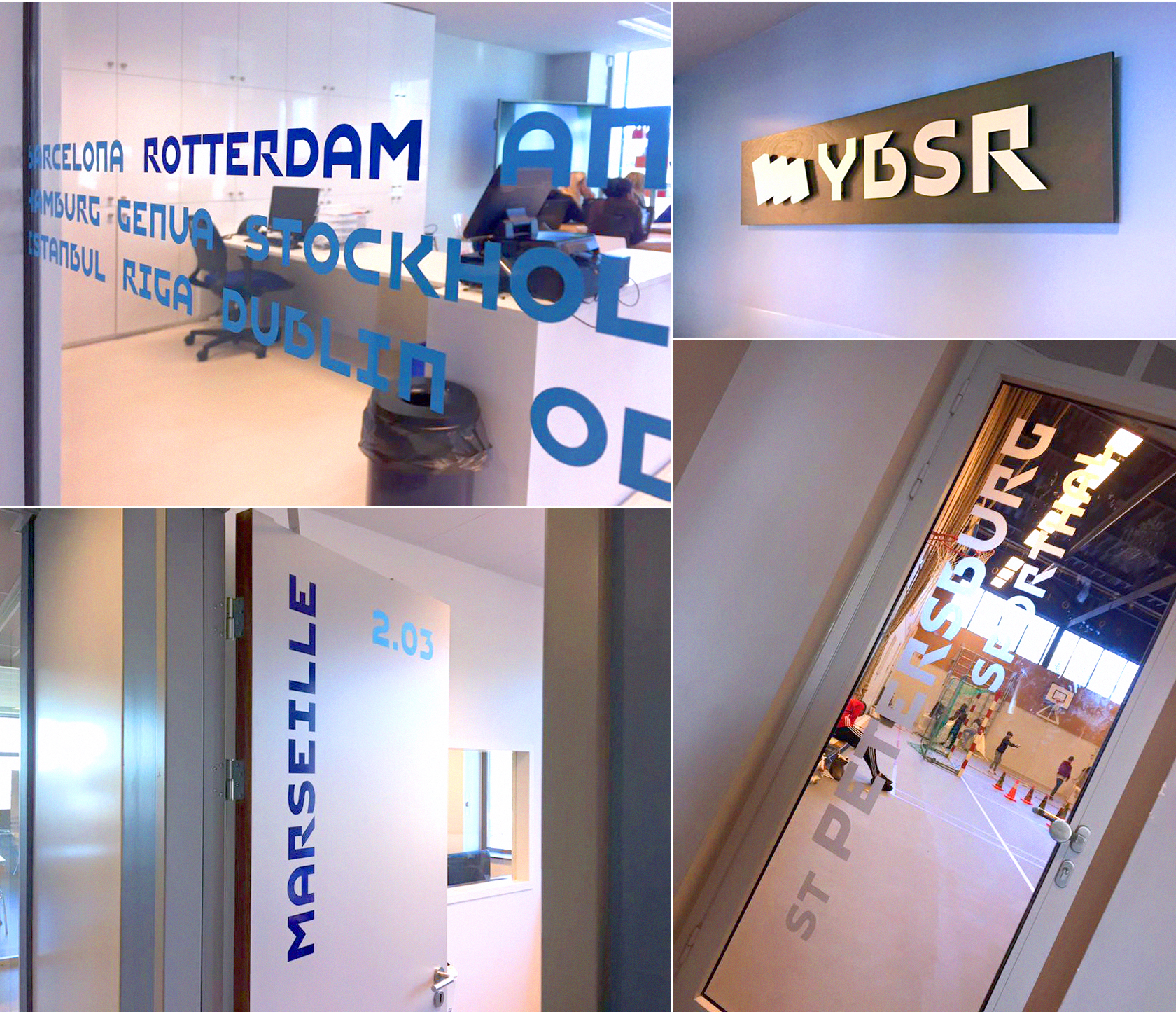 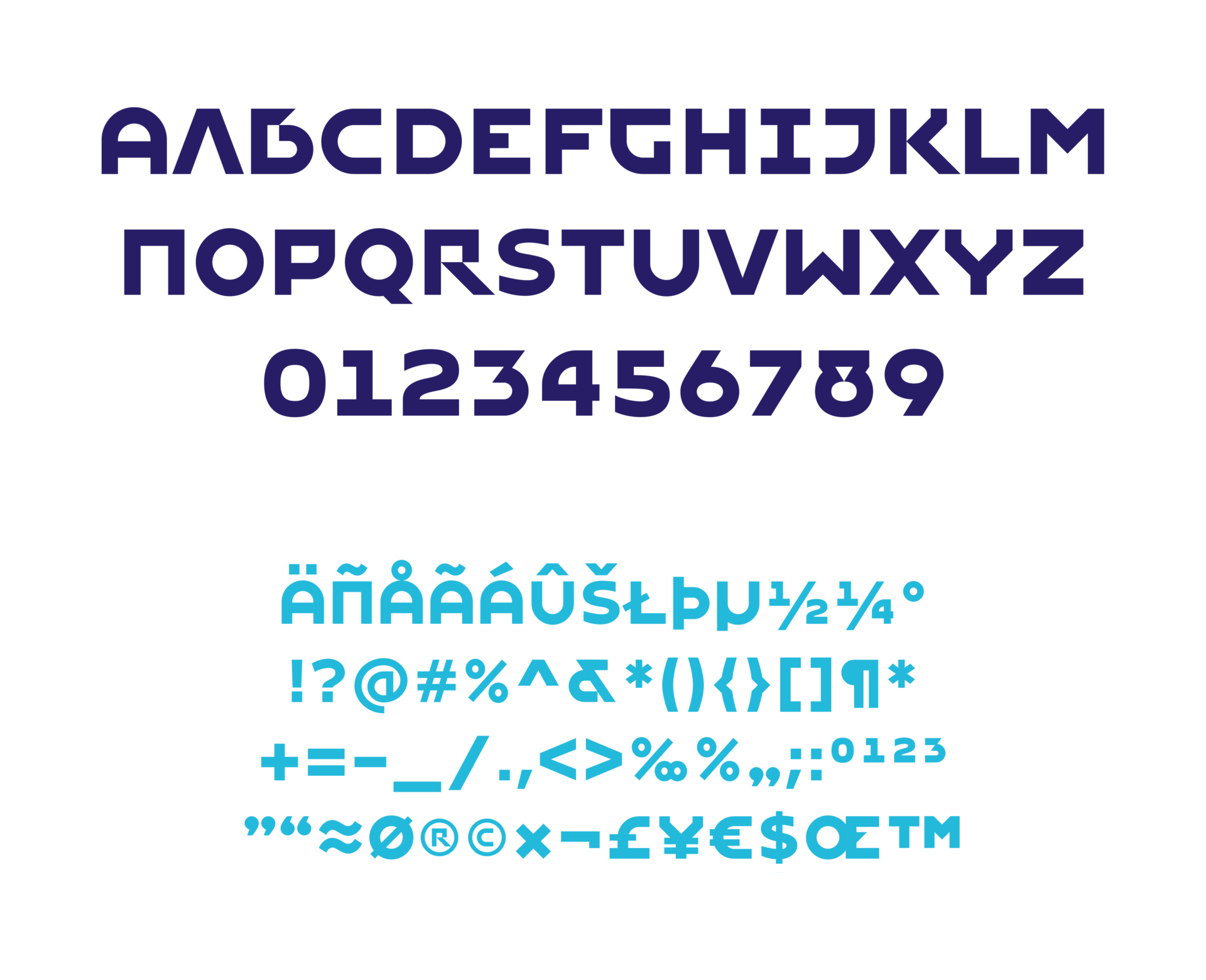