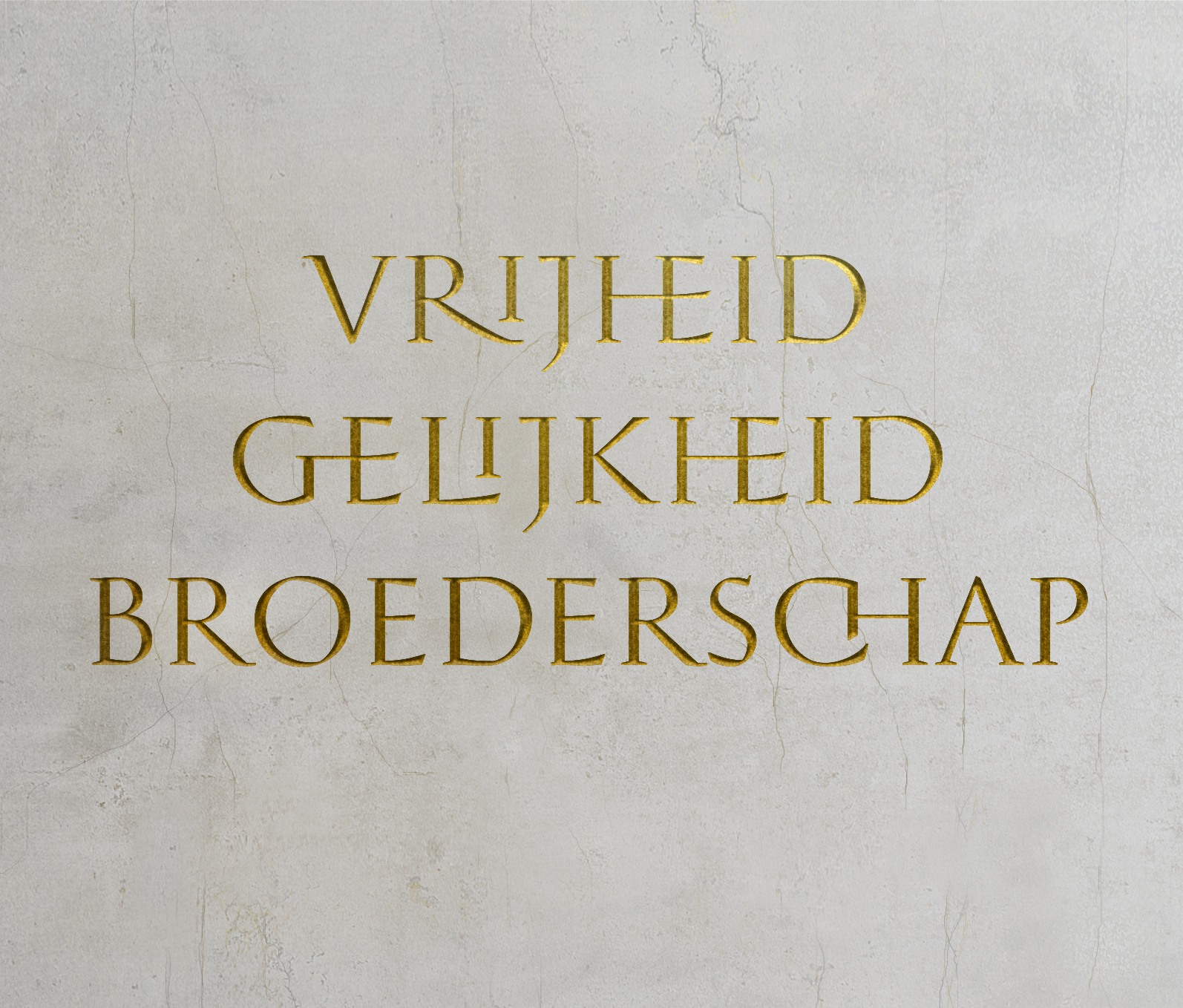 When the city of ’s-Hertogenbosch dug out their underground parking lot named Sint-Jan in 2015 they found a mass grave of 67 French soldiers of the revolutionary army. In honour of these anonymous soldiers who died in the harsh winter of 1794 the local government decided to put up a monument.

The physical design for the monument was already decided for. We were asked to take care of the typography. The stone circles around a Kentucky coffeetree, which twigs bare a strong resemblance to skeleton bones.
For this monument a custom font was made: the AT Ceremony, a minimal serif, yet classic font with calligraphy-inspired features and a large set of unorthodox ligatures. The bee (bullet) in the font was inspired by the bee robe Napoleon wore at his crowning as an emperor.

The letters were sandblasted out of the Irish blue stone and filled up with epoxy. The gold-plated head of Marianne was sculptured out of bronze by local artisan Monic van Helvoirt and the whole was executed by Slotboom Steenhouwers (Winterswijk). 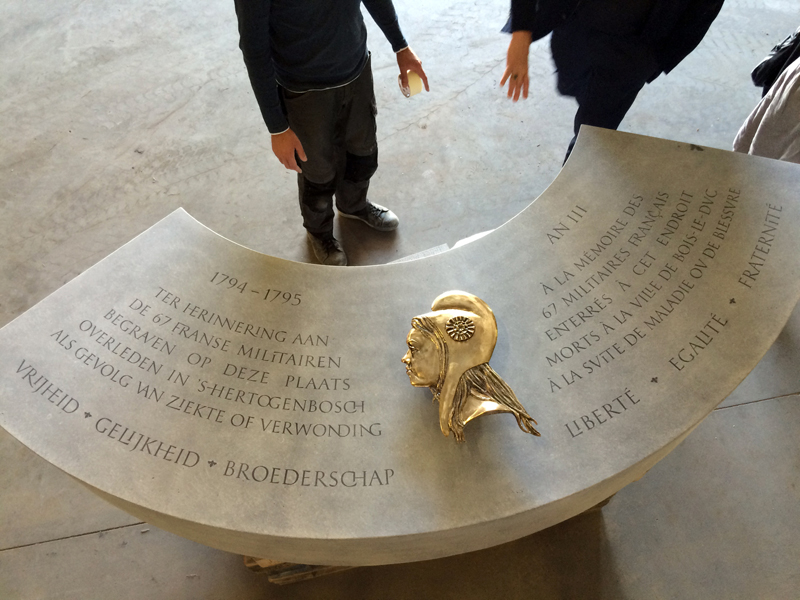 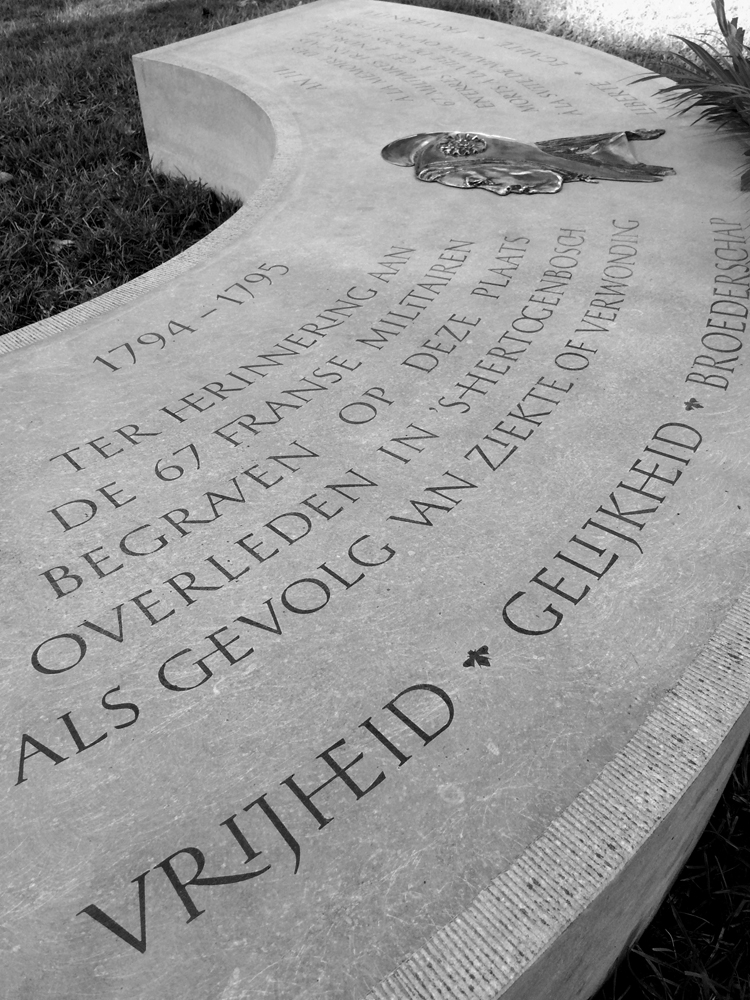 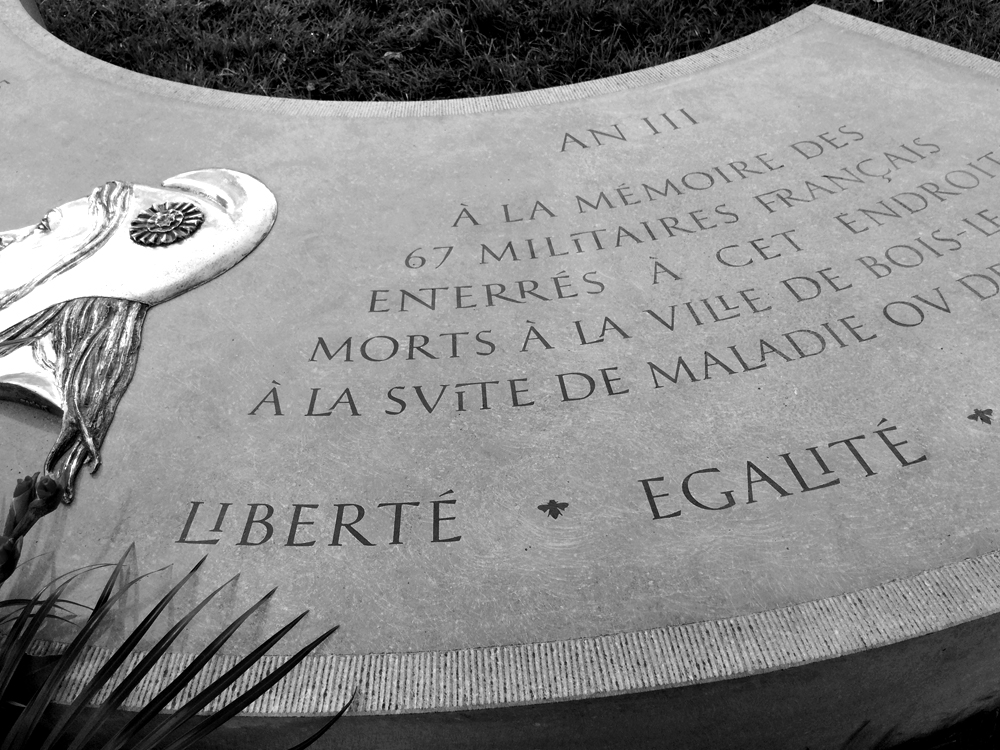 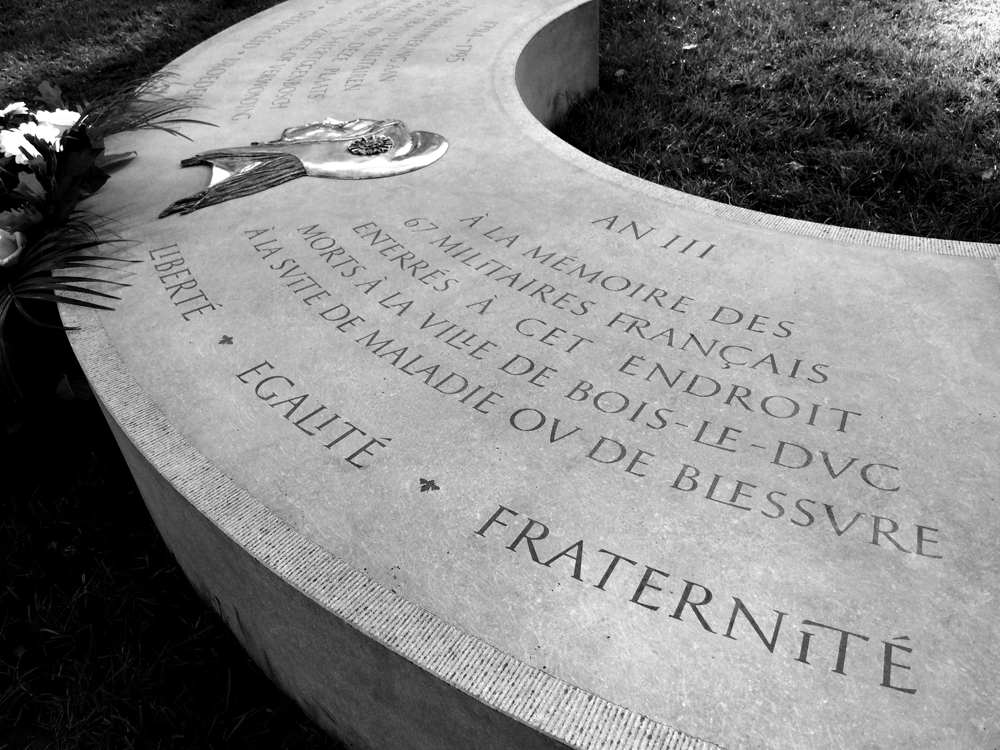 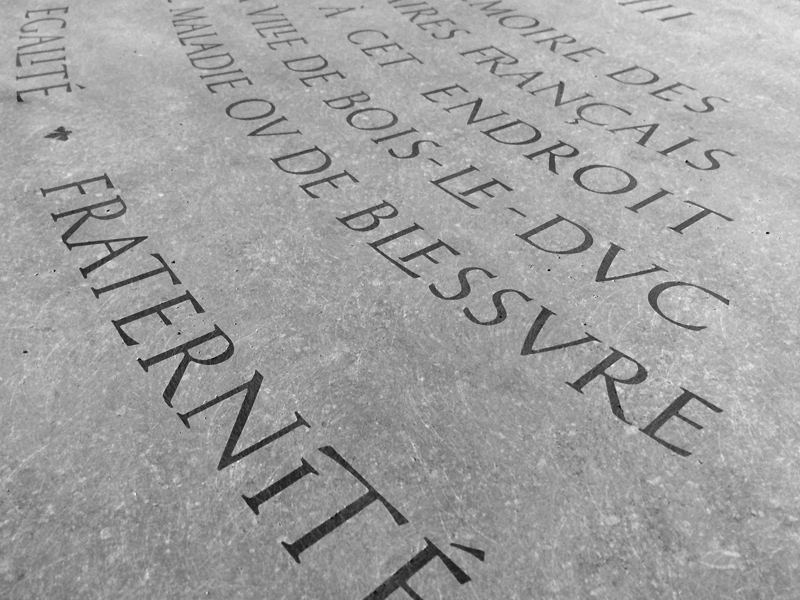