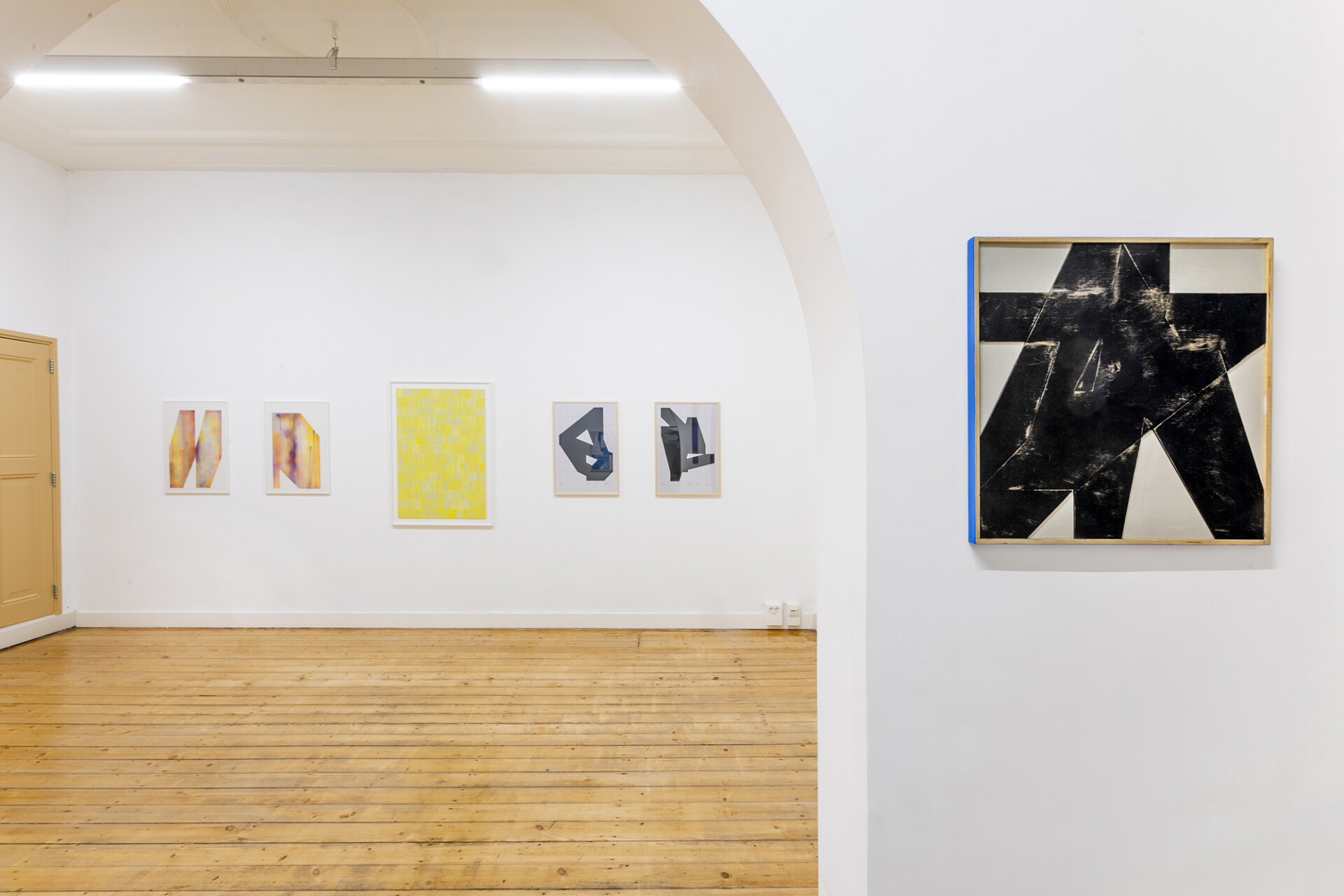 These series of works were initiated by rolling dice. The eyes thrown were interpreted as coordinates on a grid: so chance determined the coordinates of the basis: a moving square the size of one maze of the grid. Series of three moves/steps were connected and combined: forming one shape. 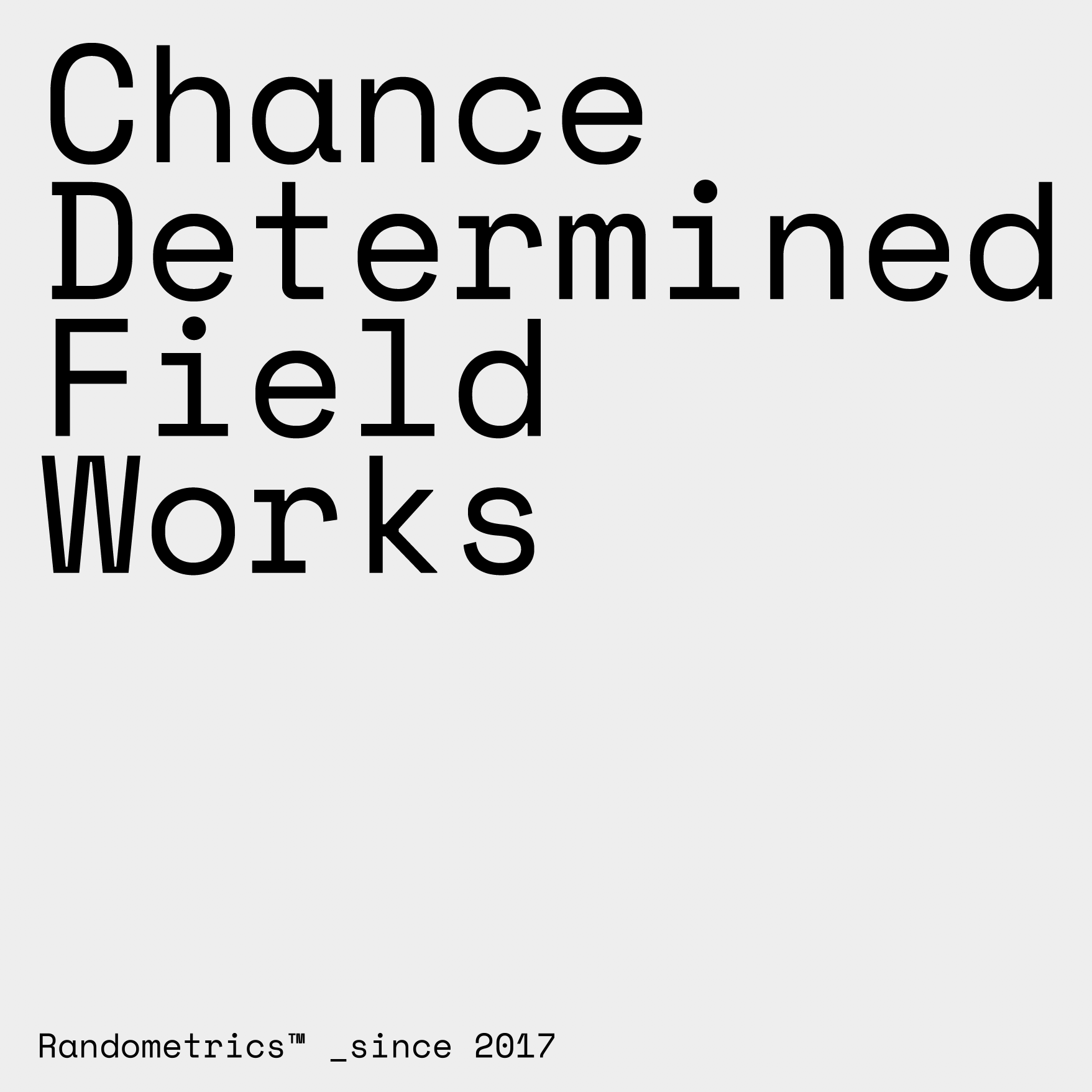 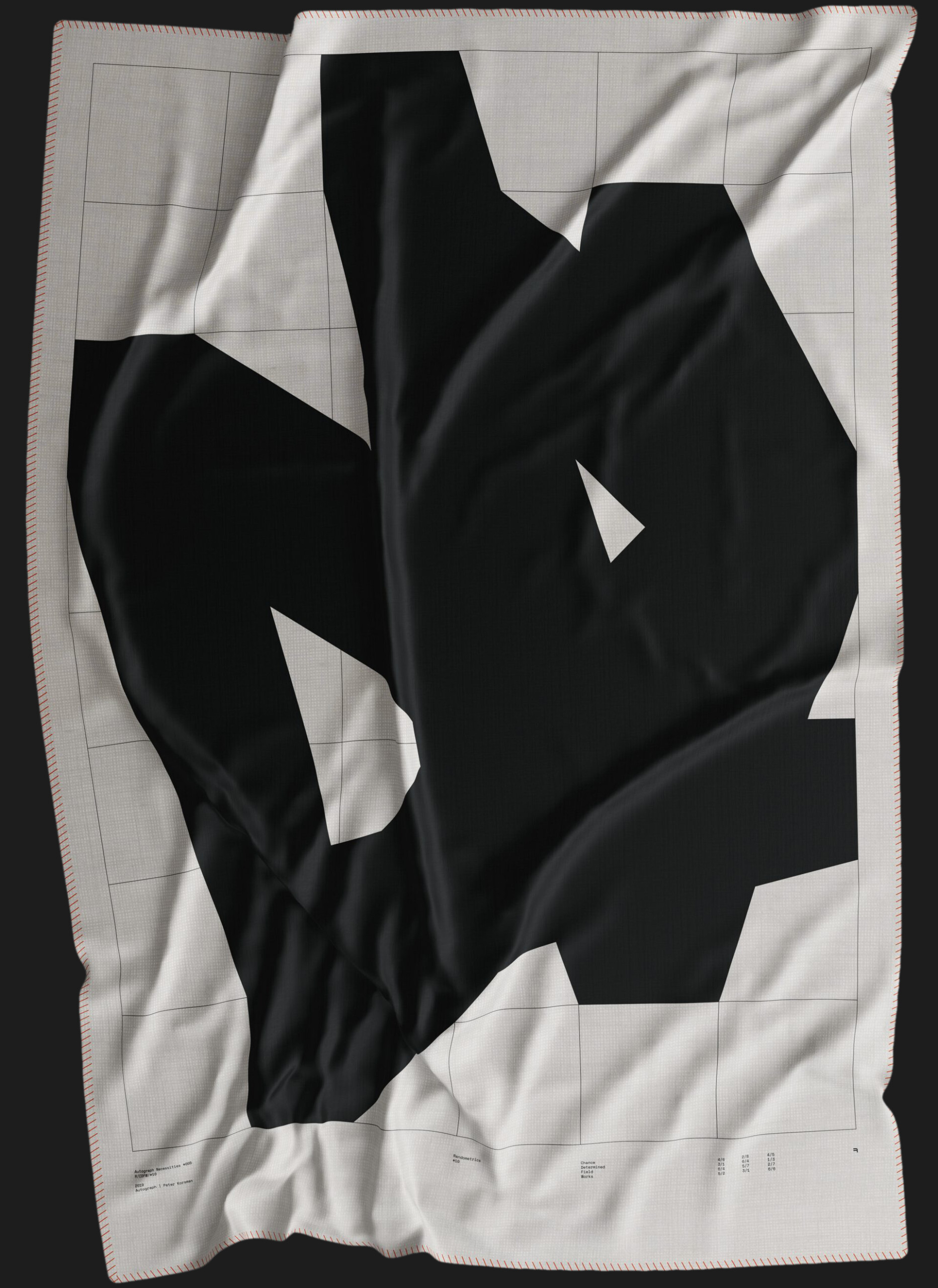 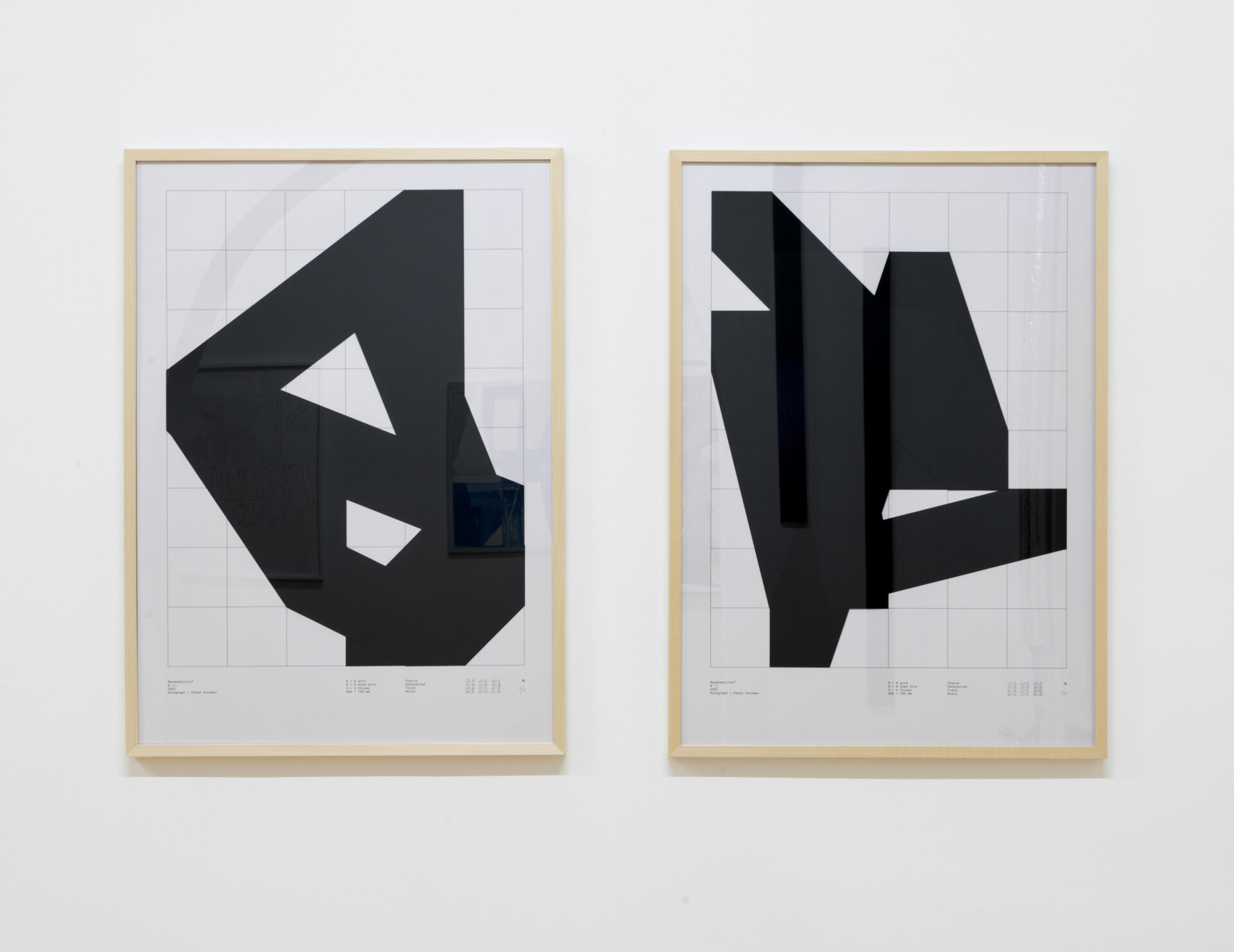 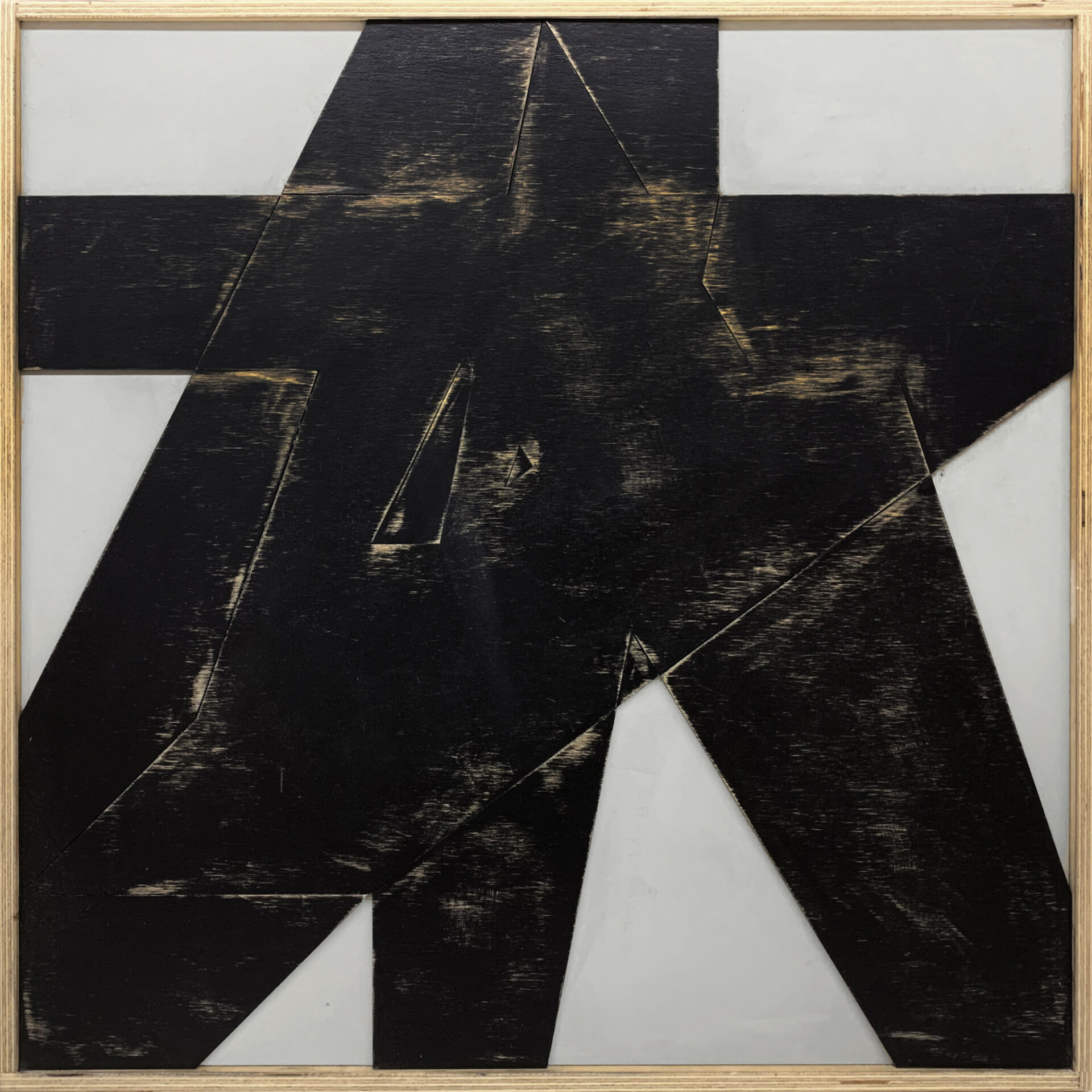